That bacteria are a normal component of the human system was not recognised until the mid-1880s by Austrian paediatrician Theodor Escherich, who identified a variety of bacterium in the intestinal flora of healthy newborns and children with diarrhoea. It wasn’t long before more microbes were discovered in the human body, including bifidobacteria and Veillonella parvula, which are also beneficial. 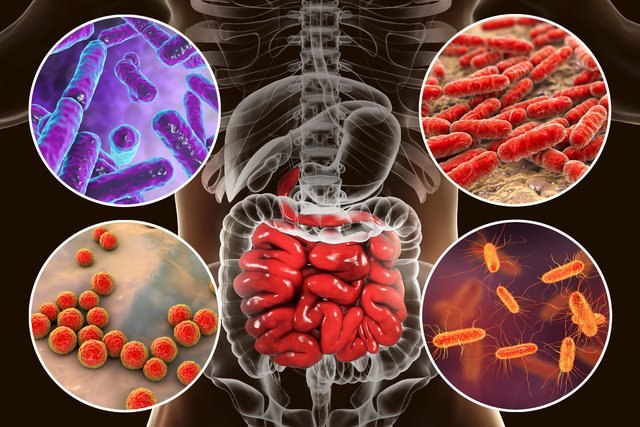 Over the course of the twentieth century, numerous other bacteria discovered in the human body’s nasal passages, oral cavity, skin, gastrointestinal system, and urogenital tract were recognised as being part of the human microbiota. Despite the fact that this group of organisms has been characterised in a variety of ways since its discovery, the concept of the human microbiome, and the subsequent rigorous research into it, emerged mostly within the first decade of the twenty-first century.

Every bacterium that lives in our bodies has its own unique genome, which scientists are trying to discover through the human microbiome project. The National Institutes of Health is funding the human microbiome investigation (NIH). More than 3.3 million bacterial genes exist in the gut microbiota, whereas just a few thousand genes exist in the human genome (around 20,000). One of the most important functions of microbes is to regulate food digestion and immune system development, among other things.

Researchers are finding more and more evidence that altering the host’s non-pathogenic bacterial strains can improve the body’s immune response to pathogenic bacteria. Various strategies, such as the use of nutraceuticals (prebiotics and probiotics), phages edited using CRISPR/Cas systems, and quorum sensing systems, have been developed to regulate dysbiosis (alterations in the microbial community) and common diseases (e.g., diabetes and obesity).

The research and production of pharmaceuticals based on the microbiome of our own bodies is a rapidly increasing field that will be fully explored in the near future. Research on the human microbiome, its effect on health and disease and the development of targeted therapies are all examined here. Recent research have shown that the microbiota influences health and disease.

Throughout the remainder of this section, we will provide a synopsis of recent research about the human microbiome.

The Vaginal Tract Microbiome: What Does It Look Like?

Read Also:  Innovations That Make You Feel Touch From A Long Distance

The Microbiome of the Oral Cavity

Using advanced microbiological diagnostic methods, researchers have discovered a complex link between mouth bacteria and the human body (Segata et al., 2012; Jiang et al., 2014; Perez-Chaparro et al., 2014). Infections with oral microbes can occur due to a wide variety of microorganisms, such as bacteria, fungi and archaea, viruses and protozoa. The HMP looked at the hard palate, gingiva, palatine tonsils, saliva, and sub- and supragingival plaque, among other areas of the mouth. The dorsum of the tongue was also inspected (Human Microbiome Project, 2012a,b). More than 200 bacterial phyla and more than 300 genera were discovered during the research (Zhou et al., 2013; Jiang et al., 2014).

The placenta’s microbiome is a collection of bacteria.

Previously, it was believed that the foetus and its surroundings in the pregnancy were both sterile. During healthy term pregnancies, a separate microbiome niche in the placenta was discovered that was consisted of non-pathogenic commensal microbes from the Firmicutes phyla as well as the Tenerife, Proteobacteria, and Bacteroidetes phyla, according to the findings (Aagaard et al., 2014). According to the findings of this study, the microbial communities detected in 320 placental specimens are the most similar to those found in non-pregnant oral microbiomes, particularly in the tongue, tonsils, and gingival plaques, despite the projected individual differences between them. One of the most common species was Fusobacterium nucleatum, a Gram-negative oral anaerobe that was shown to be widespread.